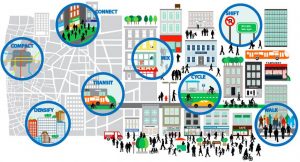 Toronto has toyed with tweaking transit to be more efficient.  Yet even minor changes such as removing seats so more people can fit in a bus or subway car seem destined to fail.

Cars are, on a per person basis, more expensive to own, operate and house than public transit.  More cars on limited road space create congestion that reduces the efficiency of public transit and adds to its cost.

Other cities have developed innovations that can revolutionize public transit and may be effective in Toronto and the GTA. 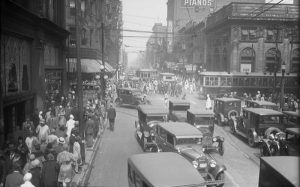 Some cities have implemented measures to increase the cost of car ownership while dealing with drivers who are a danger to pedestrians.

Purchasing a car in Singapore requires a Certificate of Entitlement.  The cost can reach $50,000.  Vehicle registration costs between 100 and 180 percent of vehicle purchase price.  This helps Singapore keep the number of private vehicles to a minimum.  Funds have been used to develop what may be one of the best transit systems anywhere.

Vehicles can only be used on certain days, based on licence plate numbers, in Athens and San Paulo.

Oregon is currently testing a 1.5¢ per mile charge for all driving in place of a gas tax.

London and San Francisco mount cameras on buses to catch drivers who block lanes or are reckless in their driving.  Tickets are mailed to registered vehicle owners.

Some countries in South America have taken an approach to aggressive driving that no longer puts a strain on police resources.  Aggressive drivers are shamed by costumed Zebras.

Toronto’s street parking costs more in busier areas and during high demand periods.  In some areas parking is free on Sunday.

Some cities adjust parking rates to better manage the limited supply of parking spaces.  San Francisco parking rates are adjusted in an effort to ensure there will always be available spots on every block.  Prices increase as parking occupancy rises above 80 percent; they drop when parking occupancy is below 60 percent.  In many areas the average time taken to find a parking space has dropped from nearly 12 minutes to six minutes. 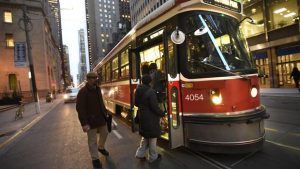 There are ways to make public transit more economical, comfortable and enjoyable.

Use of driverless trains and subways is expanding and currently includes Vancouver, Paris and Barcelona.  Britain is considering the automation of trains which would allow them to run closer together and save hundreds of millions of dollars per year.

Toronto’s Scarborough Rapid Transit line, designed to be driverless, continues to operate with drivers as do subway trains which usually have a two-person crew.

Singapore offers what may be the best bus stop anywhere.  It includes free Wi-Fi, bicycle parking, mobile phone charging and journey planning services.  Riders can download e-books while waiting in the shelter.  Waiting is less burdensome when there is something to do.

Speaking of bicycles, Norway subsidizes the purchase of e-bikes for those choosing to do so. 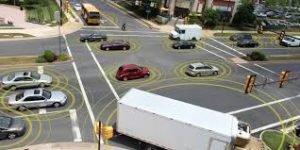 Integrated mobility, the future of transportation, is a reality in some cities.  Making it easy for commuters to get from one place to another the most efficient and economical way possible – regardless of mode – makes sense.  It means simplifying payment for all transportation services – TTC, Metrolinx, bikes, taxi, Uber and other modes that may be available – and an easy-to-use way of finding which modes best serve the goal of reaching a desired destination. 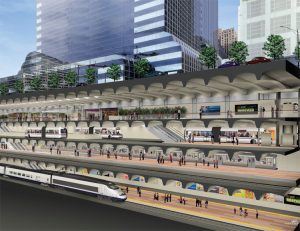 Helsinki hopes to make auto use unnecessary in the city core by 2025.  Individuals pay about $360 a month for unlimited access to transit options that include all forms of public transit plus rental cars and bicycles.  There is no need to make advance reservations.  An app will recommend the best transit option for reaching a destination.